Andrej is an animated short film created using just pitch black ink and paper. The short film is based on the literature of Daniil Kharms, a Russian absurdist who was living and writing about madness, fears and humour in the early 20th century.

The idea of madness comes through clearly in the film. When the main character, Andrej, spits into a cup, he suddenly turns the water black and his world goes topsy-turvy. His dog can fly, he feels like a dog and his neighbour appears from and disappears into thin air. The story gets even stranger when, in a shocking move, Andrej drinks the pitch black water.

Andrej was nominated for de Haff Grand prix in 2015.

Making this animation on paper has been one of the most time consuming things I ever made. I used black ink on simple printer paper, scanned all sheets (24 frames per second) one by one, and had to straighten tem out, putting it all together in after effects. It was a great experience, it has helped me refine my style. I always look for this hand drawn feel in my projects, even though I now work mostly digital. My goal is to recreate this pencil stroke, have the same sensitivity.

I will make another animation on paper. But not for a few years to come! In the mentime I am collaborating among other things, with Vera van Wolferen on other hand crafted projects 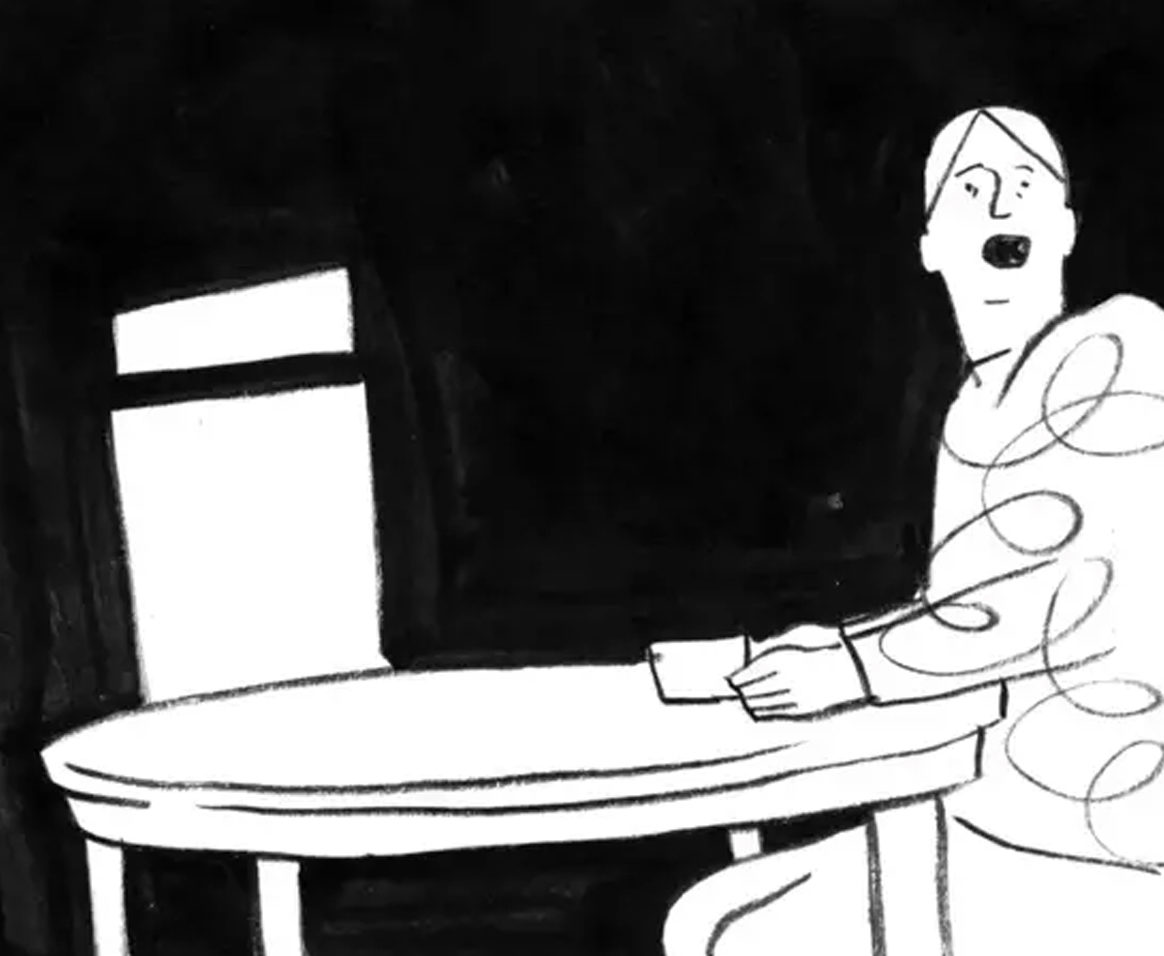 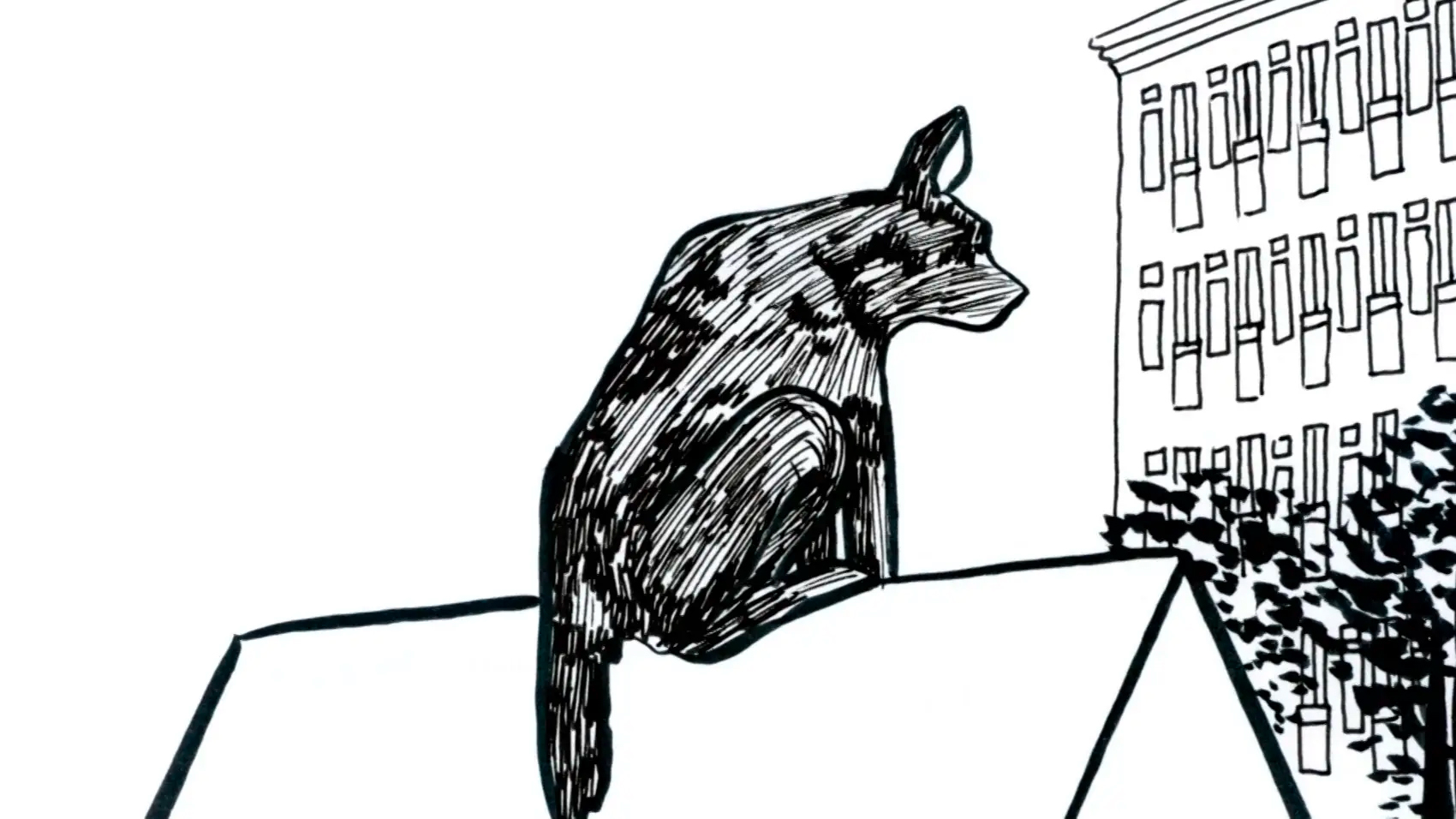 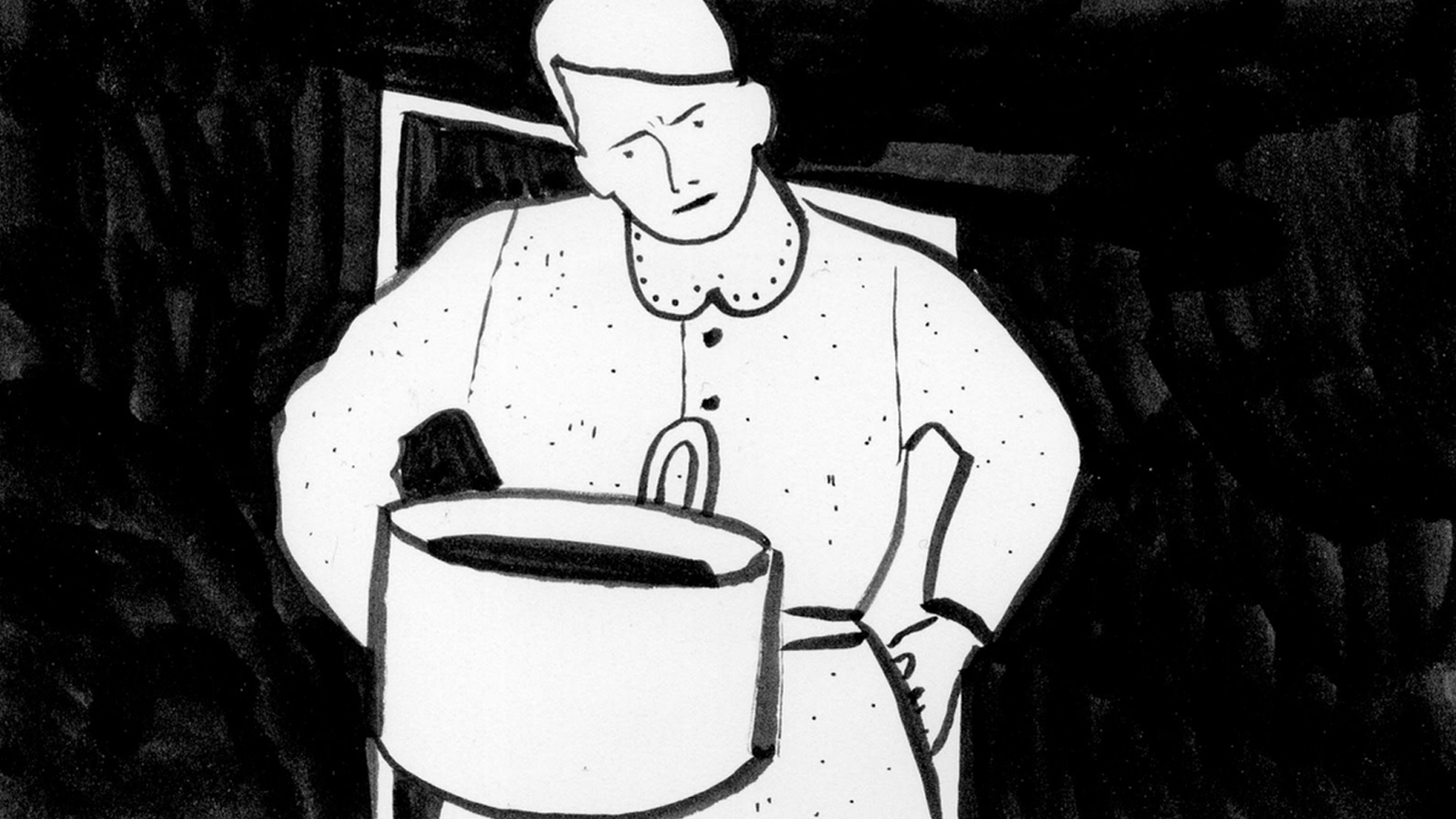